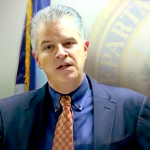 I want to congratulate my fellow Baylor JD ’92 Brit Featherston, who was appointed Acting U.S. Attorney for the Eastern District of Texas on September 30th, 2016.
Brit started his career in law enforcement in 1981, at the Port Arthur police department, then came to Baylor, where his brother Tom was (and still is) teaching. After graduating, Brit did a bit of insurance defense before returning to law enforcement at the U.S. Attorney’s office.  While there, he was associated with several high profile cases.
James Byrd, Jr. case
Brit and two other federal prosecutors were assigned to prosecute the James Byrd Jr. case. The case revolved around three white supremacists who dragged Byrd behind a pick-up truck for several miles to his death. Of the three charged, two were given the death penalty and the third a life sentence. As a result of the Byrd case, Texas passed hate crime legislation that expanded upon the 1969 federal hate crime law. The resulting legislation has been widely adopted and is still in effect today.
September 11, 2001 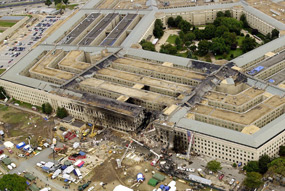 On a special detail for the U.S. Department of Justice, Brit moved his family to the 13th floor of a high rise directly across from the Pentagon just two months before 9/11. While he was downtown, his wife, Amy was driving next to the Pentagon when it was struck by American Airlines Flight 77. Thinking a bomb had detonated, she sped away as a hail of debris rained down. For four days, Brit , his wife, and their two-year old Anna, watched the Pentagon burn from across the street. Without power for several days, carrying groceries and Anna up and down 13 flights of stairs became routine.
From Space Shuttle Columbia to Colombia, South America
9/11 is not the only major U.S. tragedy Brit  has witnessed. After completing his work in Washington, D.C., Featherston moved his family back to Lufkin, Texas. Not long after returning to Texas, the Space Shuttle Columbia disintegrated upon re-entry above Lufkin. Featherston coordinated the initial command post with the FBI to manage the recovery of the shuttle and its cargo – what turned out to be the largest search operation ever conducted in the U.S.
In 2009 Brit began working to stem the flow of drugs into the United States by going after the sources by prosecuting organized drug crimes. In 2010 he returned to the D.C. area to become the National Crisis Management Coordinator for all U.S. Attorney’s Offices before returning to the Beaumont  area as the Executive Assistant U.S. Attorney.
Today, Brit’s office works closely with the Colombian National Police and special prosecutors who work directly for the president of Colombia. In coordination with the Colombian police and special prosecutors, and working with the DEA, key drug smugglers who move drugs from Colombia into the United States are identified and extradited.
Congratulations again to Brit for this recognition of his outstanding work. Thanks to Baylor Law School for flagging Brit’s appointment and for providing the above information on his career of service.
Read more 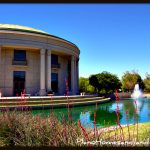 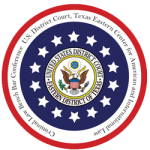 will be held on Thursday, March 9 and Friday, March 10, 2017 at The Center for American and International Law (CAIL), 5201 Democracy Drive, Plano, Texas. 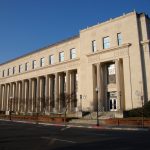 G.O. 17-03 was recently issued by Judge Clark, and provides the standard conditions of supervision for persons placed on probation or supervised release. 17-03 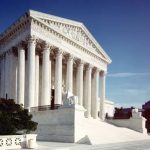 I will be live on IPO Chat Channel

Wednesday, 1 February, at 1:00pm Central for a panel discussion Waiting for Heartland: Venue Tactics Until the U.S. Supreme Court Decision with Jeffrey Bragalone of Bragalone Conroy PC and Colette Reiner Mayer of Morrison & Foerster LLP.  The panel is hosted and produced by Pamela Sherrid,

and I am looking forward to an interesting discussion.  Jeff, Colette, Pamela and I have been collaborating on the slides, and the current over\under on “meme” slides is 4, so I think viewers will enjoy the show!

For more information and to register, go here.

Tomorrow is bimonthly status conference day in Marshall, so I’m spending the day making sure I’m ready for my cases. One thing I do to prepare is to review the dates assigned at the last set of conferences, so I have attached that list with Markman and trial dates so you can see what the typical time to trial and Markman is currently.  As the list shows 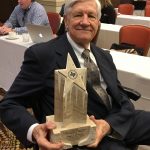 I had the privilege this afternoon of presenting the 2017 Luke Soules award for professionalism and service to the legal profession to Jim Branton of San Antonio on behalf of the Litigation Section of the State Bar. Jim is a former State Bar president who has been a prominent leader in the bar, scholar (I trained using his series of Texas Trial Law books), and outstanding trial lawyer. It was great seeing him and having the opportunity to recognize him again for all his contributions to the profession. You hear the expression “lions of the trial bar” all the time. This is who the expression is referring to.

Last January Judge Gilstrap entered the 285 shot heard round the world when he assessed almost $400,000 in fees against Plaintiff eDekka. Yesterday the shot was even bigger when he assessed $355,000 in fees under 285 against a patent plaintiff and the real party in interest behind that plaintiff, Brian Yates, as well as an additional $152,000 against Mr. Yates individually, as reflected in the attached order, for a total award against that individual of over half a million dollars.  Which, the order was clear, was on top of the amounts Yates had paid 17 of the 18 defendants in the case not to continue with 285 motions. But the important part of the order wasn’t the amount, but the Court’s decision to construe Section 285 as allowing awards against persons who were not even parties to the case in some circumstances.  And key to that finding was Judge Gilstrap’s decision, made sua sponte, to add that real party, which he found had created a series of shell corporations to avoid potential 285 liability if the case “went south” as he put it, as a party to the case so that due process concerns were satisfied. The story of the case is a sorry one, as the order reflects. While 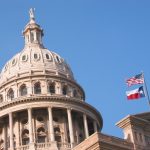 As I mentioned the other day, the last session of the Texas Legislature in 2015 saw adoption of subchapter L “Bad Faith Claims of Patent Infringement” to the section of the Texas Business & Commerce Code dealing with deceptive trade practices.  The new section, codified at  Tex. Bus. & Com. Code Ann. §§ 17.951-17.955, deals with demand letters asserting patent infringement and prohibits 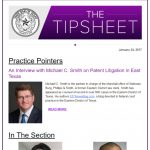 Happy to have been interviewed for the State Bar of Texas IP Law Section’s Tipsheet this month by Rich Beem on the subject of patent litigation in East Texas.  Also on tap is a report from section chair Hope Shimabuku, who moonlights as director of the Texas Regional PTO office in Dallas, as well as a profile of member George Jordan, who chairs the IP Law Section’s Patent Committee as well as serving as Secretary and Vice Chair Nominee for the American Bar Association’s Section of Intellectual Property Law.

And finally, Craig Stone and Maryann Zaki have an entertaining article on the recent high-stakes brand battle between two Houston law schools – South Texas College of Law (STCL) and the University of Houston Law Center (UHLC) over STCL’s recent announcement that it would be changing its name to “Houston College of Law.”

Information on the Section can be found at their website, www.texasbariplaw.org/