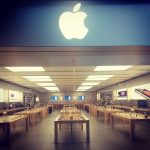 It wasn’t at a pretrial conference, but instead in an initial responsive pleading that Apple today challenged a plaintiff’s complaint for failure to state a claim under 12(b)(6), but did not challenge venue under 12(b)(3) under TC Heartland. 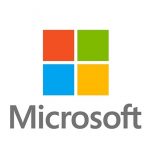 A little more information this afternoon on how TC Heartland is playing out on the ground in EDTX.

Biscotti Inc. v. Microsoft Corporation, 2:13cv1015-JRG-RSP is a patent infringement case that’s closing in on trial before Judge Gilstrap in Marshall.  (Readers might recall my post on Judge Payne’s recent order on the effect of Microsoft’s IPR activity on its invalidity defenses at trial.)

In the course of the pretrial conference before Judge Payne earlier today, Microsoft noted in response to a question from the Court that it would not be asserting a challenge to venue in the EDTX as a result of the Supreme Court’s decision in TC Heartland. 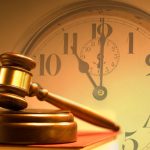 Prior to the Supreme Court’s decision last week, the TC Heartland improper venue argument was made in a number of EDTX cases, and to my knowledge was uniformly denied based on the then-existing Federal Circuit authority.  EDTX cases such as the attached are beginning to roll out establishing procedures for arguing (or in some cases rearguing) the effect of the case on a pending case. 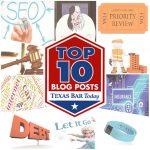 Great video from Mike Maslanka on lawyers and depression.  Worth a view whether you need it for yourself or to stay equipped (as we all should) to help others.  Link is at: https://www.youtube.com/watch?v=pEvh7nfmBBA&feature=em-subs_digest 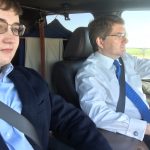 Busy day back in the office today after two days on the road working on this fall’s ILT IP Law conference in Plano and then presenting on trial procedure in federal court yesterday in Austin.

The Future Engineer (who just graduated high school last Friday and is ready to grace Baylor with his presence this fall) went with me so he could meet some lawyers who work around patent prosecution at the planning committee meeting and then help drive home. (He’s the only 17 year old that wanted a patent lawyer for Christmas because he’s ready to start working on inventions). He was clueless that the lawyer at his elbow all afternoon in Plano was Hope Shimabuku, who as the director of the USPTO Dallas Office works around patent prosecution in much the same way Jerry Jones works around football, but I thought it was hysterical.  He then got to spend the better part of two days in the truck listening to his dad answering questions from reporters about the effect of TC Heartland.  He can literally handle my side of the interview without any prompting at all now.  He demonstrated that to his mother last night when we got in, which got her annoyed with both of us.

Although he enjoyed lunch at the Texas Chili Parlor, watching half a day about federal court practice in Austin didn’t do much for him, although he did alert several federal judges that he likes to make gunpowder and blow things up.  Have to work on that boy’s conversation skills.

The high point was when I overheard him explaining to his brother Parker why he went:

Parker:  Why did you go with Dad?

Grayson.  I was bored.  But it was a mistake, because I got more bored.

Have a great Memorial Day, everyone. 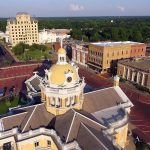 The most common error in articles about the Supreme Court’s opinion Monday in TC Heartland is, as the Longview News Journal put it “The justices ruled unanimously on Monday that such lawsuits can be filed only in states where defendants are incorporated.”  Of course that’s not right – with the Court’s holding included, patent infringement cases can now be filed in the judicial district where (1) the defendant resides (meaning only the state of incorporation for domestic corporations), or (2) where the defendant has committed acts of infringement and has a regular and established place of business.

The question I have been getting ever since Monday is what effect will that have on filings in the EDTX.  Fortunately, there are some metrics on that, and I wanted to briefly discuss them, and what my expectations are as far as filings. 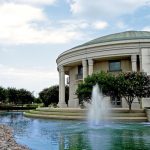 I’m headed for Plano shortly to cochair the planning committee for the Institute for Law & Technology’s flagship conference, the annual IP law conference which brings together intellectual property lawyers from around the United States for two days to discuss emerging issues in IP law, as well as providing a comprehensive review of developments in IP law over the year. The seminar is presented every November at the ILT’s home in Plano, and regularly includes modules on patent prosecution, trademark and copyright, patent litigation, technology, licensing and IP rights and ethical issues affecting IP lawyers. 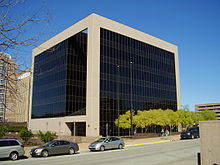 , where I’m presenting on trial procedure in federal court as I’ve previously posted. I hear tell there’s a State Bar president-elect runoff finishing up tomorrow, so it should be a calm, Zen-like place right about then.

I’ve already put the paper up, but subscribers click through for the slides as well.

Read more
Since 1948, venue in patent cases has been determined by 28 USC Section 1400, which provides that any civil action for patent infringement may be brought in the judicial district where (1) the defendant resides, or (2) where the defendant has committed acts of infringement and has a regular and established place of business. In 1990, the Federal Circuit interpreted Congress’ rewriting of a related venue statute to change the meaning of “resides” from a corporation’s state of incorporation to anywhere the company was subject to personal jurisdiction.  Congress later broadened that provision to cover any entity.
Today the Supreme Court set aside that interpretation and held that for domestic corporations only, “resides” means only the state of incorporation.
The practical effect of this holding will be to eliminate the first option for patent venue in most cases for defendants that are domestic corporations, since only so many cases can be filed in the District of Delaware, which is where most domestic corporations are incorporated, and require that patent cases be filed only in districts where a domestic corporation “has committed acts of infringement and has a regular and established place of business.”
I wanted to explore what the decision means for the EDTX docket in a little more detail.
Read more

In an average year about fifteen patent cases are tried in the Eastern District of Texas.  Statistically, about half are complete defense verdicts, and of the remaining ones, only a few have willfulness findings, so it’s a rare case that presents both a Section 284 claim for enhanced damages and a Section 285 claim for exceptional cases status. When we do have them it allows analysis of which conduct supports (or doesn’t) an award, since courts try to ensure that a party isn’t inadvertently penalized twice for the same conduct.  But a recent case out of Beaumont presents both, and provides some useful insight into a trial court’s calculation of enhanced damages, as well as the more frequently presented question of whether a case is “exceptional” for Section 285 purposes.

I will be speaking at next week’s Federal Court Practice seminar at the Texas Law Center in downtown Austin on the subject of trial procedure (click through for the paper).  I just realized that the seminar will be the subject of a live webcast, so if you’re interested in picking up 6.25 hours of CLE (including two hours of ethics) click here.

Again, click through for the paper, and I’ll add the slides when I get them updated.