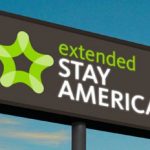 Plaintiff filed six patent cases asserting four patents, which were later consolidated.  Defendant sought a stay of the consolidated cases, and Judge Gilstrap recently granted the motion as set forth below. 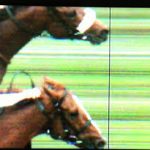 A few days ago I posted that the filings for patent cases in late September showed the Eastern District of Texas slightly ahead of Delaware over the last three weeks of the month.  Turns out it was a false alarm.

After being neck and neck in recent days – the two districts were tied with 21 each two days ago, and earlier today were still tied at 27 – Delaware has now pulled comfortably ahead with 32.  EDTX is a distant second at, uh, 31. 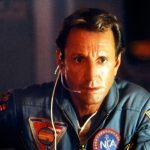 There’s a scene towards the end of 2010 where Dr. Floyd (Roy Scheider) looks out the window of the Leonov and sees that the colors of the planet Jupiter are … fading.  He doesn’t know why, but he knows it’s really, really significant.

I was reminded of the look on Roy Scheider’s face last night when I began looking at two reports that are now out analyzing the patent case filings for the third quarter of 2017.

You won’t believe who edged out Delaware in new patent filings the last three weeks of September.  And I think I know why. 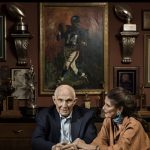 There are sad faces around Marshall today at the news of the death of NFL great Y.A. Tittle, who passed away over the weekend. Y.A. was born and raised in Marshall, played at Marshall High School in the 1940s, then after a significant recruiting battle between Texas and LSU went to LSU. (Other players from MHS who went on to play football for LSU include my dad – seven years after Y.A. and to significantly less fanfare – and Odell Beckham, Sr. in the 1980’s). He played ten years for San Francisco in the NFL, then led the New York Giants to three division titles before retiring in 1964.  He threw for more than 33,000 yards and 242 touchdowns and entered the Hall of Fame in 1971. Y.A.’s last visit to Marshall was three years ago in 2014, when he was present for the naming of the MHS football field house in his honor.  And his jersey has always had a place of honor in the museum that sits in the center of the square.  ESPN profiled him at that time, in an exquisite story Awakening the Giant that is well worth reading. RIP, Y.A.  We will miss you. 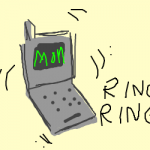 Are sanctions available, which judge awards them, and does it matter if the accused judge’s circuit overlaps with the speaking judge?

There are about 400 lawyers in the audience that are all thinking exactly the same thing. Well, right after we thought (1) oh sh&t is that my phone?; and (2) that is just funny as hell.

Answer: My guess is yes, but it’s a totality of the circumstances test, Federal Circuit law applies, regardless of which circuit’s judge’s phone went off, and whatever the district judge does on sanctions will be held to be reversible error. 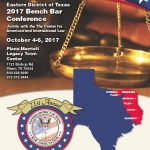 The afternoon’s session include panels on: Willful infringement & enhanced damages – with judges Bencivengo (SDCA), Bissoon (WDPA); Schroeder, Burke (DDE) and Love. IPRs – with Judge Roy Payne and an all star lineup of practitioners. Early damages disclosures in ND Cal Using jury research – with Judge Zack Hawthorn. Tips & Traps for deposing expert witnesses After the final session we have the president and chief judge’s reception and dinner, which features the year’s recognitions and awards, and entertainment by the Bar & Grill Singers from Texas.

Friday is another busy day at the bench/bar, with sessions on:

Federal Circuit – Judge Stoll is here and presented on how the CAFC works.

Venue Considerations When Filing Patent Cases – including heckling from NDTX chief judge Barbara Lynn when the chart didn’t accurately reflect the shape of her district. Another high spot was the ______ Rule (due to Chatham House rules I can’t credit Jeff Bragalone with this rule) which states that whether consolidation of cases is permitted depending on whether the accused products are in the same aisle at Walmart. Great observation.

Corporate reporesentatives at trial in EDTX (or, why do people bring a complete jerk to trial as their corporate witness?)

Patent Pilot Cases – Yes or Nay? – this panel is moderated by Judge Cabranes from the Second Circuit, and includes Judges Costa (5Cir) Stoll (CAFC), and Clark and Gilstrap from EDTX.

Next up is a presentation on and panel discussion about millennial (you know, those obnoxious kids?)

And the conference concludes with a panel on cyber attacks on law firms.

It’s been a great three days, including the district’s farewell of sorts to Chief Judge Ron Clark last night. Judge Clark is taking senior status March 1 of next year, so while he will remain active handling cases as a senior judge, this is his last conference as chief judge, and he was recognized with a framed certificate and a magnificent collectible pistol with his name, title and the district’s seal on the ivory grip. (I’ll post photos when the conference photos are out). EDTX Bar president Bo Davis hastened to tell the audience that the grip was not – as it appeared to be – from an endangered species, but was instead from an extinct species. Well alright then.

I moderated this panel, which included former EDTX chief Judge Leonard Davis, Baylor Law dean Brad Toben, Tom Meloro, Wes Hill and Ted Stevenson. I really appreciate everyone’s work on the panel, which I think was very helpful to attendees – as we explained I think pretty well how many questions remain unanswered in this area.

This panel is going on as I type this, with judges Linares (DNJ), Gilstrap, Burke (DDE), explaining the subject and the effect of the AIA and TC Heartland with multiple other panelists.

Judgfe Thynge (DDE) is joined by several mediators to discuss what makes a mediation successful.

The morning’s sessions are followed by lunch speaker my old State Bar Litigation Section partner Talmage Boston, who is going to defend Atticus Finch even After Go Set A Watchman. Now that should be interesting!

I didn’t make the shooting or golf excursions this morning since, you know, work, but made it to Plano this afternoon for the first substantive sessions.

The first panel up is on affirmative and defensive IP strategies in an “unstable legal environment” (you think?) Next is things not to say in your briefing, with a panel featuring former clerks to EDTX judges Davis, Schroeder, Mazzant, Ward, Love and Schneider, and one current career clerk for an unnamed judge who wears robes that are not black …

After that is trade secret misappropriation for you DTSA geeks like me featuring judges Mazzant, Johnson & Giblin, followed by tips from the bench featuring a panel with EDTX chief judge Clark, NDTX chief judge Lynn, DNJ chief judge Linares, WDTX judge Yeakel, and EDTX judges Gilstrap and Crone. (Not often you get a panel of six judges with three chief judges. Here it’s an appetizer before the formal opening of the conference tomorrow morning).

After the last panel of the afternoon, we have an opening reception featuring a mariachi band, Mexican beer and tequila “tastings”, then the private screening of the movie “Uncertain”

about life, outboard motors and the heartbreak of great salvinia on Caddo Lake near Marshall.