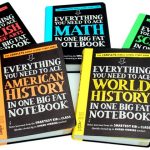 On the surface, it just says it’s a ruling on a motion to dismiss, or in the alternative to transfer venue, but under that plain exterior lurks  a detailed analysis of the defenses of personal jurisdiction (which is not, repeat NOT what you were taught in law school) , improper venue under  the general venue statute (and how to throw it away), and a motion to transfer under Section 1404.

So while it’s not exactly everything you need to know about these motions – it’s not the Magna Charta of venue law as Judge Heartfield once (well, maybe more than once) described his magnus opus Mohamed v Mazda, it’s still a thorough and useful recitation of the applicable standards. 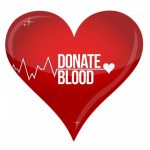 No, not that kind of good cause.

It’s been a good week for researching the standards for amending infringement contentions, with two opinions addressing the always-of-interest issue of when amendment of infringement contentions is proper, including clarification of the proper standard for “good cause”.  The cases are useful because they present the usual facts and arguments for why leave to amend should or should not be granted, along with the Court’s impression of each. 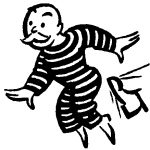 Many years ago when I was asked to prepare my first federal update paper, I called my federal courts professor from law school and asked him what people want to hear in a federal update.  He didn’t hesitate.  “Removal and remand.”  Why?  “Most lawyers don’t know anything about federal court and don’t want to be there.  The thing they want to know is how to get out.” So it’s always good to keep a few recent decisions on motions to remand handy, in case you fall into that category.  This recent opinion by Judge Mazzant fits the bill nicely, as it addresses a requirement few think about. 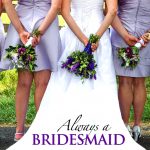 A few days ago I wrote a post that characterized the Judicial Panel for Multidistrict Litigation (MDL) as the perennial bridesmaid in patent litigation.  The reason why is that every time there is a major development that affects where patent cases can be brought, someone will suggest that the remedy will be for more patent cases to be handled in MDL proceedings.

I wanted to note some useful recent commentary on what the MDL panel is up to these days, and whether there are indications that MDL might be becoming a realistic option, either in patent litigation generally or Hatch-Waxman patent cases specifically. 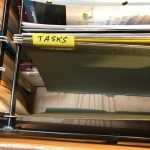 I didn’t know you could wear out a hanging file folder.  But apparently 25 years and pffft!

I am presenting a paper “Evidence: Getting It In” at the State Bar’s 31st Annual Advanced Evidence and Discovery seminar in April and May in Dallas and San Antonio, respectively, and am already hard at work updating my standard materials on evidence. The problem is that the other speakers have taken some of the juicier bits and pieces of my evidence stories, so I am having to dig for tips and pointers that are a little less obvious.

So let’s try a little crowdsourcing here – readers, if you have any good evidence stories or tips, please shoot them to me at michaelsmith@siebman.com. I’ll credit you in the paper and online. 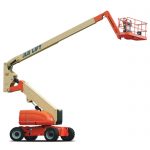 This is a breach of contract case arising out of the agreement to settle a patent infringement lawsuit.  The motion at issue seeks to strike the plaintiff’s damages expert from allegedly interpreting the contract, i.e. whether certain conduct constituted use, and thus a breach; and (2) because the expert relied on “cherry-picked screen shots and hearsay.”  The order provides a useful summary of the relevant standards for motions to strike experts, just in case you wanted to steal some really language for your boilerplate files, and a couple of holdings that might be worth referring to in future cases.

The White House officially announced three judicial nominees for the Eastern District of Texas earlier today.  The nominees are:

The Eastern District currently has three vacancies in its eight judgeships, with two in Tyler and one in Plano, with a fourth coming in March when Chief Judge Ron Clark of Beaumont takes senior status.

As readers may recall, last year the White House nominated Jeff Mateer of Austin for the Plano slot, however his nomination was not resubmitted this month.  As readers may also recall, last year former Dallas state court judge Karen Gren Scholer of Dallas was nominated by President Obama for the Plano spot.  She was renominated by President Trump last year, but for a Northern District spot in Dallas, was voted out of committee October 26, and is waiting for a floor vote. 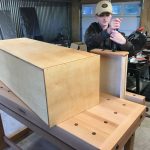 One of my favorite sayings is that “the work teaches you how to do it.”  Most of the time I think of that it’s when I’m trying to improve my woodworking or modelmaking skills, or teaching one of the boys how to do something – as with Parker here learning how to drive screws in the workshop using a socket screwdriver.  Understanding how it works isn’t the same as learning how to do it so that at the end of the operation you, the screw, and the workpiece are all still on speaking terms.  And in my experience the best way to learn is to take a handful of screws and just start learning how best to insert them while Dad is looking the other way.  It’s not hard to do – but initially it’s hard to do right.

One of the ways that translates in the practice of law is the overriding importance of trying cases before a judge and jury as an indispensable tool in developing as a trial lawyer.  I will never forget how suddenly clear the whole case became after my first solo trial in district court.  As I was packing bags after obtaining a win on liability but a loss on the amount of damages, I realized that the case wasn’t about all the things I had been worrying about, and was instead about just a few things – witness credibility being at the top of the list, but that’s a different post.  But I’d never have realized that if I hadn’t actually tried the case and seen firsthand in a case I prepared what mattered and what didn’t.  Those don’t just teach trial skills – they teach lawyers what matters in discovery and what doesn’t, and that makes future cases far easier and less expensive to develop.  We’ve all seen discovery fights where both sides are burning enormous resources over obtaining documents that the more experienced lawyers know will never see the light of day in court, nor influence the case’s settlement value.

In recent years, things have gotten decidedly worse for younger lawyers.  Fewer and fewer trials are taking place, and even hearing slots to hone argument skills before a real judge are scarce.  In an effort to remedy that for next gen lawyers, groups such as the ChIPs Next Gen Lawyers Committee are working to encourage opportunities for junior lawyers.  ChIPs is a nonprofit corporation dedicated to advancing women at the intersection of law, technology, and regulatory policy, and its Next Gen Lawyers website contains a summary of judicial orders providing or encouraging opportunities for junior lawyers, including orders from the Eastern District of Texas.

These orders get across what we hear from many judges – they are willing to give young lawyers a chance to argue motions and are open to a number of different ways that that can be done.  The orders show a wide range of tactics and incentives that help lead lawyers and clients provide younger lawyers with the opportunity to take speaking roles at hearings and trials.

The summary document can be downloaded here:

or accessed here, where you can also find copies of the orders.

If you are aware of additional orders or initiatives, please email JBP@chipsnetwork.org.

ChIP’s Next Gen Committee consists of: 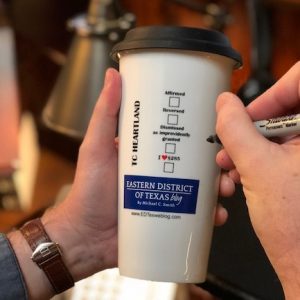 Of course, recognizing that the Court’s decision might not be everyone’s cup of tea, so to speak, the reverse of the mug provides readers with the ability to customize it to reflect their preferences.

Again, I have greatly, greatly enjoyed writing for subscribers this past year, and look forward to many years to come.  If any nonsubscribers want to get a mug, we have some extras, so email me and let me know if you want one while we still have them.  They’re $15 plus $10 shipping, but if you can pick up (or I can drop off – I have hearings in Marshall and Tyler this week) we can skip the shipping.