I still have nightmares about the Brad Pitt & Morgan Freeman movie Seven from several years back.  I don’t even like to see an image of Gwyneth Paltrow, and if I see blonde hair coming out of a box I will start screaming. (Okay, that doesn’t actually happen that much, but I worry about it a lot more than is normal). Today I can associate the word Seven with something else, albeit even scarier – a show cause order that begins “[u]nlike promises and pie crust, the Rules and Procedures of this Court are not meant to be broken, nor is their breaking to be ignored.” 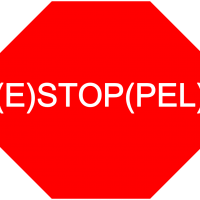 The Federal Circuit has recognized that § 315(e) estoppel does not attach to petitioned grounds not instituted by the Patent Trial and Appeal Board (“PTAB”).  The Federal Circuit has not addressed, however, whether § 315(e) estoppel attaches to non-petitioned grounds. The issue for many courts, therefore, is whether the plain language of § 315(e)(2) suggests that estoppel does or does not apply to non-petitioned grounds—grounds that a party failed to raise in an IPR but reasonably could have done so. A recent pair of EDTX opinions from a magistrate judge whose conclusion was later affirmed by the district judge provides an answer, and indicates the answer in other EDTX courts as well. 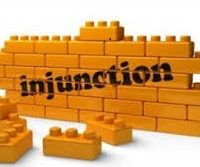 Cases involving injunctions in patent cases are rare because injunctions are rare.  Preliminary injunctions prior to a determination on the merits were analogized by one EDTX judge to “the sun rising in the west” (seriously, we were on a phone hearing and I was thinking ‘I’m going to steal that’). And injunctions following a determination on the merits are also rare because so few cases get that far, and of those that do, not many can satisfy the standards following eBay. So this order provides some rarely seen judicial analysis in this area.

Multidistrict litigation (MDL) proceedings have never really taken off in patent litigation, but this case represents another attempt to try, albeit with a twist – this time it’s the defendants who are seeking to MDL related proceedings to the Eastern District of Texas.

The thing about patent local rules is that they often run contrary to the procedures established in the FRCPs.  The FRCPs often work more like a funnel, only gradually narrowing and restricting parties’ ability to change their contentions and positions as the case proceeds.  Didn’t get things just right in your pleadings?  Need to change a position set out in a rog response?  No problem (usually).

Instead, as even the earliest cases interpreting the EDTX patent rules’ predecessor, the ND Cal’s patent local rules stated, and the Federal Circuit later acknowledged, the rules permissibly provide a precise timeline for parties to disclose their infringement, invalidity, and claim construction positions “specifically to require parties to crystallize their theories of the case early in the litigation so as to prevent the shifting sands approach to claim construction.”   O2 Micro, 467 F.3d at 1364 or thereabouts.  Making changes later usually requires a heightened showing – something FRCP 15 would be horrified at, but which is well within courts’ discretion in managing these complex cases.

Of course that necessarily creates a new form of satellite litigation over the timeliness of proposed changes.  The other day I posted on the issue arising in connection with a request to amend invalidity contentions, and this recent order addresses the same question when it comes to claim construction terms and positions. 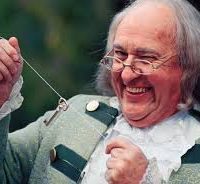 An improper inventorship defense rests on the statutory requirement that a patent is invalid if more or fewer than the true inventors are named.

A defense of “derivation”, on the other hand, requires proof of both prior conception of the invention by another and communication of that conception to the patentee.

Both defenses require proof by clear and convincing evidence.

This case presents an interesting situation in which the defendant claimed that the plaintiff wasn’t the inventor, but did not identify who else was.  Given that the procedural context was the plaintiff’s motion for summary judgment as to the defendant’s improper inventorship defense, the issue presented was thus whether Defendant had created a genuine issue of material fact regarding its defenses of improper inventorship and derivation.

On the derivation defense, the issue was whether the Defendant had adduced proof that the “entirety” of the invention was conceived by others.

You want to.  You know you do.  But the question is whether you can show good cause under P.R. 3-6(b).  Because that’s the standard for amending your invalidity (or infringement) contentions in a patent infringement case.

This recent opinion out of Marshall addressing a motion to supplement invalidity contentions (the third in the case) provides a useful review of the relevant standards, and cautions that a lack of prejudice “without more” is not sufficient to make the required showing. In this case, one reference passed the threshold by the proverbial skin of its teeth, but the other did not – making this a particularly good opinion to consult to see how much diligence gets just a raised eyebrow, and how much gets a throat cutting gesture.

Without exception, each of the panels or talks I have been involved with since TC Heartland came out have agreed that waiver isn’t really worth talking about because as an issue it would go away with time as improper venue became a standard issue for defendants to analyze under the new cases.

This may, therefore, be one of the last cases where a court specifically finds that a proper venue defense was forfeited as a result of delay raising it after the change in the law, although the facts are a little unusual, given that the improper venue defense had already been raised by motion twice, denied twice, and mandamus sought and denied.  This, the third motion, was raised seven months after In re Micron was decided, and was denied as well.

Motions for partial summary judgment are an oft-used tool in the trial lawyer’s arsenal, especially since the 2010 amendments to the FRCPs which changed the terminology referring to them, and saw the triumphant return of the word “shall” after a three year exile in favor of the word “should.”

Accordingly, this opinion which came out earlier today is of interest to readers as it provides a detailed analysis of what the rule requires and doesn’t require, as well as an analysis of how the MPSJ can best be used (or not used) in patent cases.

The “how thin can you slice the apple” metaphor is thus again relevant this week.

An issue that comes up from time to time is whether a trial should be bifurcated into different proceedings.  In a patent case, a court might try invalidity separately before infringement, or invalidity and infringement, and then the issue of willfulness, etc.

The attached case presents the issue of whether an issue of corporate veil piercing/alter ego should be tried before the rest of the case.  The attached order resolves the motion, but more importantly provides the relevant analysis for such requests under Fed. R. Civ. P. 42(b).