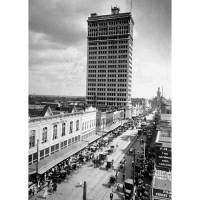 Late last week, Judge Alan Albright issued an order governing patent proceedings in his court in the Waco Division of the Western District of Texas, and I wanted to take a few moments to go through the provisions and compare them to provisions in other courts in the area. To my knowledge they have not yet been incorporated into any patent case scheduling order, but that will likely change soon, as I have a scheduling conference with Judge Albright Friday morning, and pursuant to the Court’s direction we are submitting discovery and docket control orders for our case based on that new scheduling order. So I’ll be posting those soon.

In the course of preparing and updating the cybersecurity paper for law firms that I present periodically, I have run across a lot of good information about how law firms should “disaster-proof” their practices, since a cybersecurity breach and a natural disaster (fire, ice storm, etc.) can have many of the same effects on a law firm, and require the same safeguards.

So I wanted to flag that the State Bar of Texas will host a free 4.25 hour CLE event for solo and small firm practitioners on March 27th, 2019 from 12:45 p.m. – 5:00 p.m. at Texas A&M – Texarkana. The program will prepare you for the many types of disasters that could affect your law practice and how best to handle them. I highly, highly recommend a course like this, because disaster-proofing is not hard to do – you just need to understand why it is important, and how to do it.

For more information or to register, go to http://www.texasbarcle.com/CLE/AABuy0.asp?lID=17459&sProductType=EV

A moment of personal privilege about the location of the event at A&M – Texarkana.

When I was an undergraduate at East Texas State University in Commerce in the early ’80s, ETSU had a satellite campus at Texarkana – which become A&M – Texarkana when ETSU joined the A&M System in 1996.

In the spring of 1984, the university was giving Forbes publisher Malcolm Forbes an honorary doctorate in Texarkana. I was the student government representative on the university’s honorary doctorate committee, so I borrowed my history professor’s car to make the trek to Texarkana for the ceremony in order to meet Mr. Forbes. The reason I was interested in him was that at the time Mr. Forbes was doing some articles in magazines about what he believed constituted good writing. They’re still worth a read today but this is the only one I’ve been able . People generally were interested in Mr. Forbes for other reasons in those days, but those were the Years of Unfortunate Choices for the kid, so that was why I was. (No, I had not yet grown the mustache – I was working up to that Worst Of All Personal Decisions which would occur the next year).

But back to the subject of writing, in one of them that I cannot now find anywhere, Mr. Forbes said something about writing that I’ve never forgotten.

He recommended that writers treat words like they were dollar bills – don’t use a word unless you had to. Okay, when you stop rolling on the floor laughing that I of all people am quoting that as good advice, stop and think about what a useful mental exercise it is during the editing process. It’s not unlike Marie Kondo’s tidying mantra that any object that doesn’t “spark joy” should be discarded (after being thanked, of course). For someone that makes their living in a venue that has page limits, and in which the wise practitioner always strives to make briefing shorter, that’s always stuck with me. Don’t use a word unless you must.

But do consider the seminar, or look for something similar in your jurisdiction. It’s well worth your time.

President Trump’s first EDTX judicial nominee for the new Congress is Sean D. Jordan of Austin. Mr. Jordan is currently in private practice in Austin, and was formerly the principal deputy solicitor general in the Office of the Solicitor General of Texas. At one point prior to that he jumped out of airplanes for a living with the 82nd Airborne.

The issue presented in this case was to what extent parties can use proceedings in a district court “as a mere tool to better posture their positions” with regard to other proceedings, for example in proceedings before the PTAB. The answer was pretty emphatic.

For those of you that are like me and enjoy having a task list to prod you along, today’s email from my task list program ToDoist was an interesting analysis of how I work. According to it:

Finally, it appears I have an interesting two hour cycle of getting things done during the morning, then I am at peak efficiency at 5pm (this shows graphically just how crazy a lawyer’s life gets around COB every day), with a curtain call at around 10. (Yes, I spend quality time with my to do list before bedtime. Is that so wrong?)

Anyway, I thought this provided some interesting insights into how I work. You might see if your task list program provides some similar form of tracking to see if you can improve your productivity.

The tempo is picking up on Judge Albright’s Waco patent docket, with this order last week denying a motion to dismiss that raised a patentable subject matter defense. 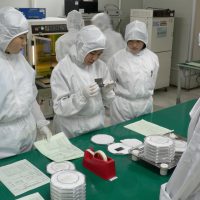 Protective orders are often entered in civil cases to protect confidential information from public disclosure. The more complex the case, the more complex the orders become, with varying levels of protection depending on the type of information, often culminating with near clean-room procedures for source code.

Such procedures usually begin with the provisions in a court’s standing protective order, but are often modified by the parties to reflect particular needs or concerns in a particular case. Only occasionally, as here, do the parties need to refer a dispute over a particular provision for resolution by the court, but when it occurs it’s informative to see what the dispute was and how the Court resolved it.

Chief Judge Gilstrap has previously issued a general order staying all civil actions pending in the Eastern District of Texas in which the United States or an agency, corporation, officer or employee of the United States is a party and that party is represented of record by the United States Attorney (or an Assistant United States Attorney in light of the DOJ’s temporary lack of staff and funding. Effective close of business today a second general order will go into effect deeming all employees within the EDTX including the District and Magistrate Courts and their personnel, the Bankruptcy Court and its personnel, the District Clerk’s office, staff attorneys, court interpreters and coordinator, court reporters and the United States Probation Office, as essential to carry out and support the constitutionally required judicial functions of the Court. Accordingly, all employees will be required to report to work for regular duties and hours unless otherwise instructed. Employees who are off work for any reason will be placed on furlough status for whatever period of time they are not working. The General Services Administration, United States Marshals Service and all courthouse protective services and maintenance contractors are also required to maintain all functions necessary for the continued operation and safety of the courthouses and personnel within the District. 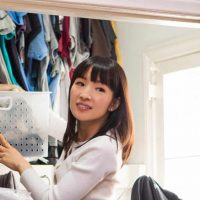 Fair warning – my January 2019 celebrity crushes are Jaylon Smith and Marie Kondo, so you may be seeing somewhat strained metaphorical references to both. I think that Marie Kondo would be terribly frustrated by civil litigation because orders often spark joy only in part. In cases like this one, it may be because the court is addressing both a substantive issue – do I get what I’m asking for – and a procedural one – did I ask for it correctly? So let’s see if the request for overseas depositions sparked joy for the Court.