Another round of patent scheduling conferences yesterday across the street that resulted in some interesting dates. 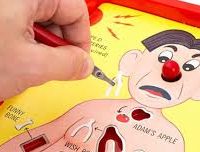 I was just talking with a nonlawyer who observed that what we do in litigation must be like playing a game of chess. I thought about it, and told them it’s more like playing the old Operation board game on a stagecoach.

More and more recent patent cases involve patents a party declares are essential to practice a standard. As was recently the situation in a case in Tyler, sometimes a party asks a jury to determine whether a party holding standard-essential patents complied with its obligations in its negotiations. In this case, the plaintiff asked the Court to declare that it had not breached its obligation to offer a license on FRAND, i.e. fair, reasonable and nondiscriminatory, terms. In other words, was its offer FRAND?

This time the verdict is from Tyler, where a jury passed on a claim that had been stayed previously while proceedings played themselves out at the PTAB. The jury found the single asserted claim infringed, that the claim wasn’t shown by clear and convincing evidence to be invalid, and assessed damages of $1.5 million. I have attached the verdict form and some other tidbits I thought might be of interest on the stay issue. 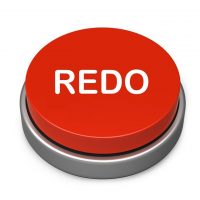 This is an interesting case. At the pretrial hearing held earlier this month the Court ruled on a number of pending motions and set a second hearing later this month, still in advance of jury selection in April. 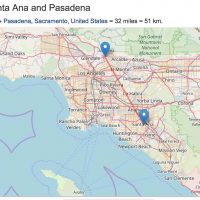 It’s not EDTX, but it’s interesting given the requirement of analyzing whether a forum is “clearly more convenient.” Judge Selna of the Central District of California recently granted in part the defendant’s ex parte motion to sanction plaintiff after the court set aside its default of the plaintiff in this 2015 case, focusing on the travel time to the hearing. Well, more like travel time from hell, really. The Court recognized that “five hours is a reasonable estimate of time to travel from [defense] counsel’s offices in Pasadena and Sherman Oaks, including arriving sufficiently in advance of and attending the pretrial conference.” At $350 an hour for two lawyers coming to a scheduling conference that worked out to a little under $3,500, awarded as a sanction against the tardy plaintiff. The docket is not crystal clear, but it appears the plaintiff’s counsel appeared late for a pretrial conference in this 2015 case in Santa Ana, and the Court then dismissed the case, and after reinstating it awarded fees for defense counsel’s attendance at the hearing. 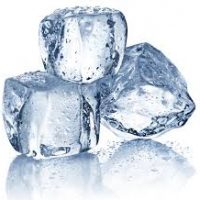 Patents make it to the market in many different ways. In this case, the inventor/IP owner created a product embodying the IP from the patent and licensed the trademark and distribution rights for the product to another company. Both (now plaintiffs) then entered into an exclusive management agreement with two other companies (now the defendants) to market and sell the product. That agreement also contained a promise by the defendants to buy certain product from the plaintiff. An issue in the case was whether the plaintiffs were obligated to fulfill contracts between the defendants and their distributors including agreements with a distributor affiliated with the defendants.

The latest downtown renovation project in Marshall is Memorial City Hall, which is being renovated for us as historical museum and performance space. The city moved into a new city hall in 1994, and the auditorium has been unused probably since the city completed the Civic Center in 1976. The building has bad associations for me since I got separated from my parents in it after a Lions Loonies show when I was two or and was parked on the police station counter in the basement – in tears – until they came to get me.

But I digress. The old auditorium folding seats made by Heywood-Wakefield with M’ on the side are being replaced by new ones, and the city is selling off the old seats repurposed by a local business into benches to fund a portion of the renovation. So of course I went and got several for the Hub this morning, where they make splendid reception seating, as well as luxury, yet compact accommodations for brief bags in the conference and war rooms. Did I mention they have a “M” on the side?

Interestingly, in addition to the manufacturer’s stamp on the inside of each arm, the benches carry words “Reg. U.S. Pat. Off.”

Before I realized that that’s probably just a service mark for the name of the company and has nothing to do with patents, I went down the rabbit trail of patents Heywood-Wakefield had at the time it was cranking out seats for the new Marshall city hall in the 10s, and found a patent that the seats probably did practice – U.S. Patent No. 1,176,296 dealing with seat hinges, issued to the company in 1916.

Again, I now think the mark was for the company name, and there’s no patent number marking, but it’s an interesting note. Yes, I did check for and found several for Heywood-Wakeman, but none prior to 1947, although they did – correctly claim first use of the name in 1897, coincidentally the date the Hub Shoe Store opened.

And the “BR”? Well, the “R” means “right” – the side is always stamped “BL”. Looking back at how the seats were arranged, these must be aisle seats – the intermediate seats would have been arranged completely differently, especially when you look at the patented mechanism they’d contain.

And going out on a bit of a limb here, I think the “B” indicates “balcony”, since the seats sit level, as they would for the stadium seating (which the MCH balcony is) and not sloped main-floor seating. I’ll bet that the main floor aisle seats are SR/SL (or MR/ML). 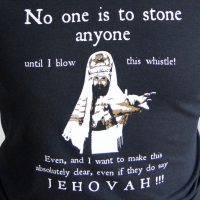 In any context but patent litigation, this would be a bad thing. But this quote from an opinion granting in part a voluntary dismissal in a patent case but making clear that the Section 285 issues – NOT THAT THERE ARE ANY – are reserved for later reminded me of one of the epic scenes in a Monty Python film where John Cleese unsuccessfully tries to bring order to a stoning. But I guess I could talk about the order as well. 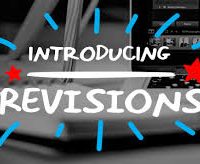 More changes to the standard provisions in the docket control orders applicable to new patent cases.