Judge Albright postponed, then cancelled the Markman hearing, and today transferred the case.

Motion to dismiss claiming both.

I’ve spent the last three weeks in trial in two EDTX courts during COVID, and wanted to pass along some observations.  The most important is that fried Oreos exist, but there are a few others as well.

April is “definitely” not March with the defense’s second patent win in Marshall this month – the third in EDTX if you count the Texarkana verdict, which evens us up for the year.

A Marshall jury in Judge Gilstrap’s court returned a defense verdict this afternoon in Gigamon v. Apcon, finding none of the asserted claims infringed and all invalid.

Congratulations are in order to our trial team for Apcon, including Adam Alper, Mike DeVries, Akshay Deoras, Leslie Schmitt, Kristen Reichenbach, Josh Glucoft, Natalie Flechsig and a larger cast that worked with me away from the podium (assisted by two copies of O’Connor’s Federal Rules * Civil Trials (2021) I note). Well, I did do voir dire for our side – and I am pretty proud of how our eight jurors did obviously.

I’ll post more next week on some of my experiences in these last three weeks in trial in Sherman and Marshall under the current COVID protocols.

The question was whether previously asserted claims precluded assertion of the claims in this case.

Not in this case, which discusses some time management issues at trial.

Most claims survived the 101 challenge … but not all. 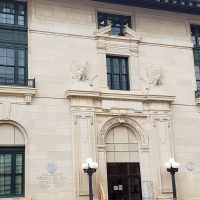 The jury awarded breach of contract damages and, sitting as an advisory jury, recommended damages for disgorgement and exemplary damages in this damages-only case. 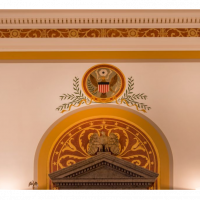