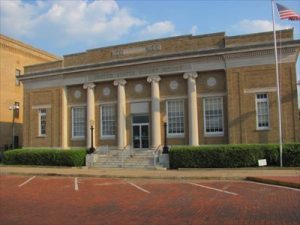 The most recent batch of bimonthly patent case scheduling conferences was held April 24 in Marshall, and as usual I have a brief rundown of the results compared to the last conference at the beginning of February.
I am a little behind compiling the results since I was in trial with Judge Schroeder in Texarkana when the conferences took place, but the good news is that lets us see what’s happened in these cases in the now 36 days since then.
30 cases were set in April, up from 28 in February and down from 32 in November.  Markmans varied at the customary six to ten months after the conferences.  Trial settings had some outliers, but most were the usual 12-15 months.  Uniloc was the plaintiff in eleven of the cases, Huawei the defendant in eight, and Samsung the defendant in six.
Of interest, in the five weeks since the conferences four cases have resolved, one by transfer to Georgia, and the other three by apparent settlement.  I say “apparent” because a dismissal by the plaintiff might mean that there was a settlement and might be a walkaway, and I see indications that one of the three – which is the statistical likelihood – was likely a walkaway as opposed to a settlement.
2018 04 24 STATUS CONF RESULTS