New Texas legal publisher Bearings Legal Resources‘ first book is out – an annotated set of the CPRC with selected other code provisions. And it’s a weighty addition to the marketplace. 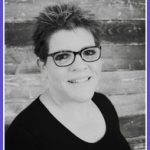 There are some loud people in Marshall, and Laura is definitely two of them.  And that’s a good thing. 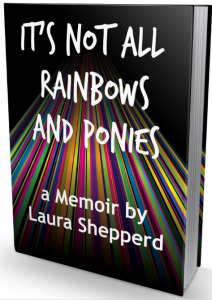 Marshall being Marshall, when I started working with paralegal Laura Shepperd 24 years ago, she was the third member of her immediate family I’d worked with.  She helped break me in over the next 10+ years and teach me what would get you killed by your legal assistant, which is what we called them back then, with the exception of Scotty Baldwin, who simply yelled “goddamn Hiser” or, for variety, “Hiser goddamn”.  The problem was that anything Scotty said was so persuasive it was like listening to Charlton Heston call for bigger Post-Its as if the fate of the people of Israel depended on it, so I really missed when the old firm moved into bigger offices because you couldn’t hear him hollering for dear, sweet Jean.

Back when we were in high school in Marshall, Laura was active on our school paper, and then went on to pursue a degree in print journalism, writing for The Battalion at Texas A&M University as a student and then briefly as a reporter at the local newspaper. After raising three children and working twenty years as a legal assistant, she left legal work and began focusing on her writing.  I recently finished her debut, It’s Not All Rainbows and Ponies, a memoir about her treatment for alcoholism several years ago.  You can read about the book in the Marshall paper here, including an interview with Laura, but I wanted to take a few minutes to focus on her book and its subject of treatment.

It’s not news that substance abuse, including alcohol, is an issue in the legal profession – it’s something that the State Bar of Texas works very, very hard to help lawyers with through the Texas Lawyers’ Assistance Program.

One thing Laura’s book points out is that it isn’t just lawyers that suffer from alcohol abuse – the people around lawyers face the issue as well, including lawyers’ staff and families.

What her book does is detail her treatment for her problem – her trip to rehab, her experiences in rehab, and her successful return to sobriety.  What the book does not cover, as the Marshall paper inadvertently implied, is her successful treatment for breast cancer, which she was diagnosed with just days after the book was published last year.  But for her, the experiences were related.  “I definitely think overcoming my addiction helped me deal with breast cancer,” she has said. “My faith is so strong. My faith grew so much in rehab. When I was diagnosed, I knew God was with me and I would be OK no matter what.”  So a little known side benefit of rehab – it helps prepare you for cancer.

So why is this book worth your time?  First, it’s a good read, and second – we all need to know this.

The first thing that’s important to know about Laura here is that she can flat write.  Reading someone’s experience in rehab is not an intuitively pleasant experience, but she really puts you there.  She tells you – skillfully – what she was thinking and feeling, and not a page went by that I wouldn’t see a turn of a phrase and think “I wish I’d said that.”  She tells the reader what it was like, and gives the reader an understanding what rehab was like – the detox, the effect on her daily life, the emotions of leaving her family – and if you know Laura, you know that her family is even more important to her than the Fighting Texas Aggies (whoop!) and the Dallas Cowboys. (Personally, I think she’s faking the Texas Rangers thing, so I’m not including that).  When you read history like I do, sometimes you’re forced to endure some really bad writing in memoir form by a lawyer or a soldier or politician just because you want to know what they did.  This is not that at all – it’s the Memoirs of Ulysses S. Grant of rehab experiences. (Trust me – that’s high praise).  You’ll learn about rehab, but it’s not unpleasant, and what becomes clear not far in is that there is great love and pride in the experience – love and pride that she and others carry away to help them in their lives back home.

You Need to Know This

And that’s the other reason why you need to read this.  Whether you are contemplating seeking assistance yourself or advising or counseling a friend or family member that is, this gives you an insight into what it is like.  One thing that being around the State Bar has taught me over the last twelve years is that we serve our profession better when we can help each other.  Being able to counsel a colleague about treatment is something that ought to be in all our toolkits.  If we see a friend or colleague in need, we know to know what they can do to get help – see TLAP supra – and be able to talk knowledgeably about the process.

Why is that important?

Because deciding to get treatment in rehab is a scary, scary thing, Laura tells us.  It’s so scary I don’t see how she brought herself to do it.  But the scariest thing, she makes abundantly clear, is the uncertainty – the not knowing what’s going to happen next, and what to expect.  When her daughter carried her to rehab and dropped her off, she had no idea what it would be like.  But after reading this book, we do.  We know that nothing that happens there is something to be afraid of, and we understand from someone who’s been there that there is nothing as bad as doing nothing.  It reminds me of what Sting once said in a slightly different context.  “Marriage,” he told Rolling Stone, “is a hard, hard gig.  But the rewards are infinite.”  (Nobody tell my wife I analogized marriage to treatment for alcoholism, okay?)

The other  thing that you have to know about Laura is that she is funny as hell.  At least three times a page she would make some smartass remark to herself and I’d smile because I knew this wasn’t taxi wit – I’d heard her say it out loud before in real time.  If she was going to be in rehab, there was going to be humor found if it had to be at knifepoint.  My absolute favorite part of the book was when she decided to make a hobby out of harassing this one nurse every time she saw her.  If her pills were not right – it was that nurse’s fault.  If something wasn’t right with her blood pressure – well, you know it only happens when I see you Miss Louise …

It may be an East Texas thing, but I once heard an outsider observe that “the first thing you say about someone is always bad,” and if we like them, we do it to their face.  I remember Judge Hall was a master of it.  If he wasn’t complaining about you, it kinda hurt your feelings.  Laura loved the people she was around – but she still gave them a lot of shit.  Reminds me of a sweatshirt she once got her boss that said “I Yell Because I Care.”  It’s like that.  Or as Scotty would have put it, “Hiser, goddamn.”

You’ll like it, and you’ll learn something useful.  What more could you ask for? 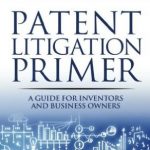 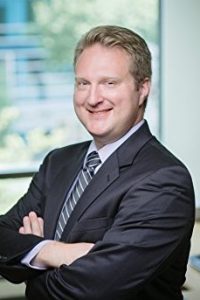 defending a client in a patent infringement case in Marshall.

Shortly after our case wrapped up, Bobby told me that he had written a book on patent litigation, Patent Litigation Primer: A Guide For Inventors And Business Owners, which he explained to me was intended to help fill a gap that he saw in practice in the information available primarily to inventors and business owners.

Patent Litigation Primer gives new participants in patent litigation knowledge of the relevant legal concepts and procedures. It is, as its title reflects, primarily directed at inventors and business owners, but is also useful to people who regularly advise them, such as business lawyers, and specifically lawyers without in-depth knowledge of patent litigation.

Bobby has aggressively pruned the citations in the book, so with few exceptions if you already have had any experience in a particular portion of the world of patent infringement litigation, the book won’t be telling you something you didn’t already know – albeit in much more concise language. But what I was struck by as I read the book was how few participants have experience with all the different stages of the process, from patent prosecution to litigation to patent office proceedings.  The book covers them all.

For patent litigators, there is much here that is of interest because it isn’t what we deal with every day. When he goes through the more in-depth discussion of the substantive issues, the discussion is concise and helpful for confirming that you have identified and explained all the major issues to your client, but it is really more for your client to give them a working knowledge of the issues that you are talking about.  Judge Kinkeade in Dallas likes to joke that patent litigation is like Lord of the Rings, and not because there are trolls, but because the language is often not English at all.  This book fixes that.

There is an entire section dealing with litigation, and reading it I was struck by the realization that while while there is nothing here that anyone that has ever litigated a patent case from soup to nuts would not know, there are many, many lawyers litigating patent cases today that have not.  How many of us have experience advising a client, starting with the initial client meeting, when a potential patent infringement claim is worth bringing?  Similarly, many patent litigators, candidly, have never seen a trial that didn’t involve actors and a LCD display.  This helps remedy that.

I highly recommend Patent Litigation Primer as a reference guide for clients, and I keep a copy on my iPad for reminding myself of what exactly it is that a client might want or need to know about different parts of the litigation.