Somewhere in the freak show that was December I also had an article in the IP Section’s newsletter based on my work moderating two judge panels during the fall – it’s available here, but I’ve also attached a copy.

My annual article in the Texas Bar Journal reviewing the year’s developments in patent law is out. You can access it here at p. 45-6. 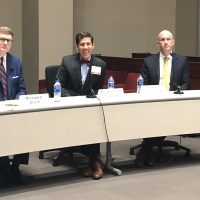 Enjoyed moderating the judges panel with Judge Barker from EDTX and Judge Clark Cheney from the ITC today at the ILT’s IP Law Conference at CAIL. Judge J. Campbell Barker for EDTX-Tyler and Judge Clark Cheney from the International Trade Commission discussed their practices and provided pointers on written and oral advocacy at the ILT’s annual IP Law conference at CAIL today. Both are former clerks to CAFC judge William C. Bryson, so there was a lot of agreement, and I had a great time working with them to prepare the presentation. They also exchanged their favorite typographical formatting cheat codes, but I’m sworn to secrecy on that. 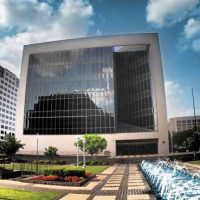 I’m headed to Austin Thursday afternoon to present on trial procedure in federal court at TexasBarCLE’s Federal Court Practice seminar on May 31, 2019, at the Texas Law Center (that’s the State Bar building for non-Bar types). I have attached the brochure below, and you can attend live both in person or via the webcast. For more information go here, and subscribers click on through for the paper itself. As noted, it was originally co-written by Magistrate Judge Roy Payne, also of Marshall, so any errors have surely crept in since then.

On the way down I have a bit of a pit stop in Dallas to participate in the planning meeting for the 57th annual session of the CAIL IP Conference in Plano. I co-chaired the event in 2016 and 2017, and always enjoy the planning process – mainly because they let me put the topics on the whiteboard. I enjoy that and there’s a limit to how much trouble you can get into holding a dry-erase marker. 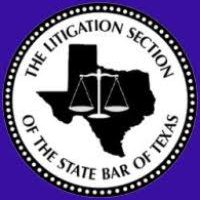 The latest issue of the Litigation Section’s “Advocate” quarterly is out, and this issue is a symposium on Intellectual Property. Of interest to readers, Judge Alan Albright of Waco has an article in it on the fair use defense in copyright cases, and I have a somewhat more interesting subject “The Effect of TC Heartland on Patent Litigation in Texas”. Hey, we just write what we’re assigned. My article is attached, and once the issue hits the Section website I’ll provide a link to the rest. I wanted to thank Docket Navigator for help with the relevant charts, which show patent case filing data for the district and the nation. 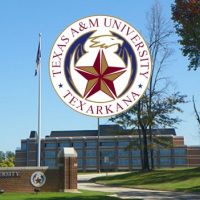 In the course of preparing and updating the cybersecurity paper for law firms that I present periodically, I have run across a lot of good information about how law firms should “disaster-proof” their practices, since a cybersecurity breach and a natural disaster (fire, ice storm, etc.) can have many of the same effects on a law firm, and require the same safeguards.

So I wanted to flag that the State Bar of Texas will host a free 4.25 hour CLE event for solo and small firm practitioners on March 27th, 2019 from 12:45 p.m. – 5:00 p.m. at Texas A&M – Texarkana. The program will prepare you for the many types of disasters that could affect your law practice and how best to handle them. I highly, highly recommend a course like this, because disaster-proofing is not hard to do – you just need to understand why it is important, and how to do it.

For more information or to register, go to http://www.texasbarcle.com/CLE/AABuy0.asp?lID=17459&sProductType=EV

A moment of personal privilege about the location of the event at A&M – Texarkana.

When I was an undergraduate at East Texas State University in Commerce in the early ’80s, ETSU had a satellite campus at Texarkana – which become A&M – Texarkana when ETSU joined the A&M System in 1996.

In the spring of 1984, the university was giving Forbes publisher Malcolm Forbes an honorary doctorate in Texarkana. I was the student government representative on the university’s honorary doctorate committee, so I borrowed my history professor’s car to make the trek to Texarkana for the ceremony in order to meet Mr. Forbes. The reason I was interested in him was that at the time Mr. Forbes was doing some articles in magazines about what he believed constituted good writing. They’re still worth a read today but this is the only one I’ve been able . People generally were interested in Mr. Forbes for other reasons in those days, but those were the Years of Unfortunate Choices for the kid, so that was why I was. (No, I had not yet grown the mustache – I was working up to that Worst Of All Personal Decisions which would occur the next year).

But back to the subject of writing, in one of them that I cannot now find anywhere, Mr. Forbes said something about writing that I’ve never forgotten.

He recommended that writers treat words like they were dollar bills – don’t use a word unless you had to. Okay, when you stop rolling on the floor laughing that I of all people am quoting that as good advice, stop and think about what a useful mental exercise it is during the editing process. It’s not unlike Marie Kondo’s tidying mantra that any object that doesn’t “spark joy” should be discarded (after being thanked, of course). For someone that makes their living in a venue that has page limits, and in which the wise practitioner always strives to make briefing shorter, that’s always stuck with me. Don’t use a word unless you must.

But do consider the seminar, or look for something similar in your jurisdiction. It’s well worth your time.

My annual contribution to the Texas Bar Journal’s Year in Review issue on patent litigation during the previous year is out. You can access the issue here. (If the link isn’t working, go to https://lsc-pagepro.mydigitalpublication.com/publication/?m=21412&l=1#{%22issue_id%22:551479,%22page%22:0} ). 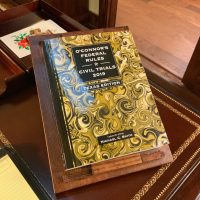 The publishing schedule was accelerated a bit this year so that my new O’Connor’s Federal Rules was waiting for me in my office this morning. The “Texas Edition” means that the book has the local rules for all four Texas federal districts in the back of the book, which is a handy way to keep the most important rules for Texas practitioners in one place. It’s hard to believe this is the 22nd annual edition of this book that I’ve worked on. The author picture on the back is starting to look like Dorian Gray.