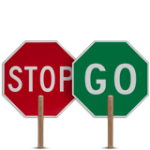 One of the points I am making in the papers I am writing and panels I am speaking on this fall re: TC Heartland is that the issue of whether venue is improper as a result of Heartland/Cray is sometimes rendered moot by the resolution of a followup 1404 motion seeking transfer.  We saw another example of this in the EDTX just this week. 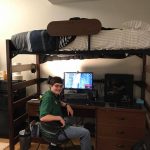 It’s sad around the Hub these days, and I’m sure it’s not because our oldest Grayson has officially left home to start engineering school at Baylor, but because Judge Love has recommended granting the plaintiff’s motion for summary judgment on the defendants’ claims of inequitable conduct and unclean hands in this case, leaving the defendant standing beside their truck in the parking garage trying not to completely lose it as they try to go on as if things will ever be the same again. 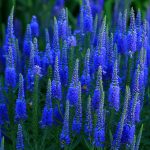 This is a patent infringement case filed last fall.  By February of this year, only one defendant was left.  That defendant challenged venue in its answer, and five days after the scheduling conference TC Heartland came out.  The remaining defendant filed a motion to dismiss for improper venue shortly afterwards.  Judge Love’s opinion granting the motion addresses a the proffered waiver argument, as well as the plaintiff’s claim that the motion should be denied because multidistrict litigation was “imminent.”

One of the most active corners of the venue world in recent weeks has been when an improper venue defense that is waived for failure to assert in a defendant’s initial filings under FRCP can be revived.  We recently have seen cases interpreting whether the Supreme Court’s TC Heartland counts as an intervening change in the law, and last week we saw another strategy tried. 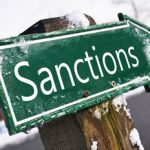 I once was talking to a lawyer from another state about why his side kept offering a specific piece of evidence in a patent case after the judge had – repeatedly – excluded it.  He explained that where he was from, you keep offering the evidence until the judge threatens to jail you if you don’t stop. Well, we don’t do it that way here – most lawyers this way have this endearing tendency to follow court rulings once an objection is preserved, but here’s an example of a case where one side that didn’t think that was the way to go – and what followed.

Ever wonder what complete and total happiness looks like?  Well, my youngest Parker finally getting to see the completely restored and illuminated starship Enterprise at the Smithsonian last month comes pretty close.

But something else that also comes pretty close is when you file a motion to dismiss a patent case, the plaintiff dismisses the case with prejudice and the Court stops them at the door and asks you if you’d like to get your costs and attorney’s fees back as well.

That was the case in this recent set of decisions by Magistrate Judge Love and Judge Schroeder in this Tyler case  which outline some interesting issues with regard to the interplay between motions to dismiss and summary judgment, as well as voluntary dismissals. 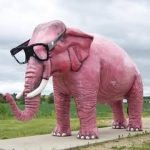 Patent cases often involve production of confidential technical information, which is then reviewed by another party’s experts in preparation for trial.  Occasionally, an expert’s work for a competitor causes issues with determining whether the expert can review certain information.  That was the case recently in a EDTX case involving electronic products.  In that case 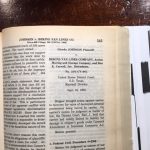 Those who have been reading this weblog for a while know that I’ve got a thing for JMOL rulings.  They are hands down not just the most useful documents to review for a forensic understanding of what happened in a particular case, but also to learn what the requirements are for claims and defenses.

My interest in JMOLs started before I even started practicing law.  In the winter of 1991 I was in my last quarter at Baylor Law School, preparing for my upcoming clerkship with Judge Hall in Marshall by interning for a federal judge in Waco and taking Federal Courts from Prof. Bill Underwood, who had just started at Baylor the prior year.  Prof. Underwood emphasized the importance of knowing the FRCPs by pronouncing that if we didn’t know the forthcoming Dec. 1, 1991 amendments to the FRCPs, we wouldn’t pass his class.  As a result, I spent the next ten years as (it seemed) the only lawyer east of Dallas that knew what the rules were on subpoena range – because they were in that batch of rule changes.

I have to mention that this was before Prof. Underwood became the Baylor Practice Court professor, a job he held before becoming Baylor’s interim president from 2005-2006, a job he did surprisingly well in.  I say “surprisingly” because it’s hard to picture a Baylor PC professor excelling in a job that doesn’t involve torturing law students.  It’s like finding out that Genghis Khan took a sabbatical from pillaging to run a successful Habitat for Humanity program.  Or a T-rex taking a break from chasing sauropods to set up a child care program for Triceratops eggs.  It’s just not expected.  I note that Professor Underwood has continued his career outside the fields of torture and despair enhancement as president of Mercer University since 2006, and I wish him well.  Again, I didn’t have him for PC, so this is easy for me to say.

Where was I?  Oh, yes, JMOLs.  Guess what else was in those Dec. 1, 1991 amendments?  The motion previously known as a “directed verdict” was renamed “judgment as a matter of law” and given a new scope.  And wouldn’t you know it, nine months later I’m minding my own business at the law clerk’s table in the courtroom in Marshall when 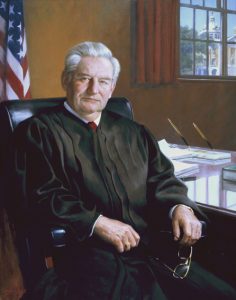 Judge Hall grants one of these newfangled motions, sends the jury home, and promises a written order.

What came out of that 13 days later was Johnson v. Bekins Van Lines, 808 F.Supp. 545 (E.D. Tex. 1992) – one of the first reported cases using the new name and standard, and a foxhole’s-eye view as to the new rule in the most sensitive of contexts – a court deciding that the evidence was insufficient for the case to go to the jury.   I still have the advance sheet on a shelf in my office, and I’ve never stopped appreciating the unique insight that the explanations contained in JMOL rulings can provide into a case.

The most recent JMOL from the EDTX comes from Tyler, in 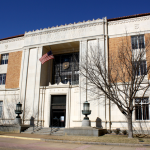 This case came before the district court on objections from the magistrate judge’s ruling denying the defendant’s motion for summary judgment of indefiniteness.  On appeal,

In this case the defendants sought leave to amend its invalidity contentions to add an indefiniteness argument as a result of the Court’s claim construction.  But the timing is important here, because