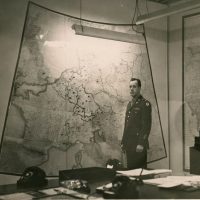 One of the lasting effects of Prime Minister Winston Churchill’s lengthy stay at the White House in December of 1941 was President Roosevelt ordering a replica of his “map room” to be created in what had been the billiards room just steps from his elevator and his doctor’s office on the ground floor of the mansion. In memory of its use, for many years the last situation map prepared for President Roosevelt on April 3, 1945 hung over the mantel in this room. But FDR’s interest in precisely where his nation’s units were may pale in comparison to patent lawyers’ interest in reading the latest determinations of whether certain conduct gets a thumb tack for “exceptional” for purposes of an award of attorneys’ fees under 35 U.S.C. §285. 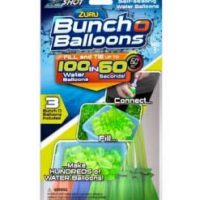 I have posted many times on the Tinnus v. Telebrands litigation, which involves water balloon patents. Another order is now out, this time involving postverdict motions including recovery of enhanced damages and attorneys fees for “exceptional” case status, as well as and entry of a permanent injunction. It is one readers will want to study, as it contains some actions that are extraordinary – even by patent litigation standards. When a court’s order uses the term “flagrantly” multiple times, you know things are about to get very interesting. There is much to be learned here, so let’s begin … 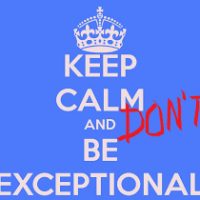 It was not quite two years ago when Judge Gilstrap ordered the nonparty owner of an unsuccessful patent plaintiff made a party for purposes of a motion for attorneys fees under Section 285 in Iris Connex.  That proceeding eventually generated an unappealed-from order making the owner jointly and severally liable for over $500,000, which I posted on here.

Hat tip to Rachael Lamkin for noting a recent similar decision from the Northern District of California, which is worth some analysis.

A trip to the West Coast for a mediation kept me from posting this earlier, but Judge Schroeder’s unredacted opinion in the VirnetX case resolving the postverdict motions is now out, and provides the latest analysis on many issues of interest to practitioners, including most notably enhanced damages, as none were awarded. 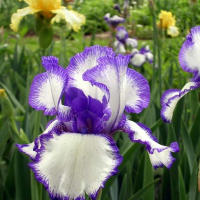 Interesting order out of the Northern District of California Monday. The district court granted summary judgment, and then granted defendant’s motion to join plaintiff’s founder/inventor as a necessary party and pursue attorney fees against him under 35 U.S.C. § 285. Noting that the plaintiff did not appear to have assets from which an award could be paid, the Court found that “[g]iven [the founder’s] controlling shareholder power and his status as the only person from [plaintiff] who is involved in this litigation, the Court finds that [his] activities may potentially subject him to liability for attorneys’ fees and that he should be joined in this action.” The cites to Iris Connex begin on page 14, and build to a climax around page 20.  Unlike that case, the only issue presented here was whether the third party should be joined, and not whether he was liable, if so, whether he should be held jointly and severally liable with the plaintiff, and what the amount of fees should be.  Those issues are yet to be briefed. cand-5-15-cv-01238-442 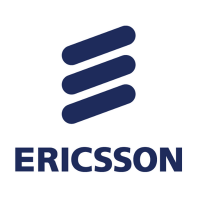 We have another data point on whether a prevailing plaintiff gets enhanced damages, as well as whether the case is “exceptional” for purposes of attorneys fees.

With apologies to Dickens, that’s what a motion for exceptional case status under 35 USC 285 is, and we have another interesting EDTX decision on which facts will get you more soup.  (Or a beating).

This is the first weblog post I have written standing at the podium in an EDTX courtroom, but the counsel table chairs are too low to use counsel table, and nobody else is in here, so why not? My cocounsel Brent Carpenter and I just finished a jury trial in Judge Trey Schroeder’s court in Texarkana, and while waiting on the jury (which is still out) I saw that Judge Schroeder put out a 54 page opinion resolving postverdict motions in the Elbit v. Hughes case, include exceptional case fees, yesterday so I wanted to post on that.

The procedural history of this case is a long one.  Essentially, Adjustacam originally sued 58 defendants in 2010.  It dismissed most of its claims prior to Markman, and then in the fall of 2012 dismissed its claims against the last defendant, Newegg.  Newegg sought fees under Section 285 and Judge Davis denied the motion. Octane Fitness then came out while that decision was on appeal, changing the standard for determinations of “exceptional case” under Section 285, and Newegg sought fees again.  The trial court, now Judge Gilstrap, denied the renewed motion.  The Federal Circuit reversed and found the case “exceptional”, and Judge Gilstrap ordered briefing on the amounts of fees.  This afternoon he issued the attached order setting the fees.