I don’t usually post on Federal Circuit rulings granting or denying mandamus, but this brief order was important for several reasons.

The Federal Circuit affirmed the EDTX SJ of noninfringement and denial of exceptional case status.

Yesterday the Federal Circuit affirmed Judge Gilstrap’s Section 285 finding from earlier this year, providing another data point on when a case is “exceptional.” 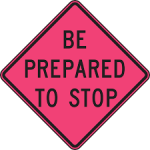 The conditioning of a jury question on an affirmative answer to a prior question is called a “stop instruction” because it explicitly tells the jury to “STOP” if it found “no” to the prior question.

A common example is an instruction to the jury not to answer a question asking if the patent claim is invalid if it just answered that the claim is not infringed.   That isn’t the case in all trials – if it were then a no claims infringed / no claims valid verdict wouldn’t be possible, and most years that is either the most or the second most common single verdict locally.  And it’s the most common defense verdict, certainly – for example in 2017 of the five noninfringement verdicts where invalidity was also submitted, the jury found the claims invalid in four. (It also found the claims invalid in a fifth case where the claims were infringed).

Last week the Federal Circuit addressed this issue in a case from Judge Gilstrap’s court and affirmed the court’s use of – and later enforcement of – the “stop instruction” under the interesting facts of that case.