Rulings on three topics in this case on the eve of trial – one with dueling motions.

The bad news is that both motions were denied.  Of course that’s also the good news.

Had the defendant had met the initial burden established in Arctic Cat, so that it was the plaintiff’s turn to prove compliance with the marking requirement?

There’s no tool in my woodshop that I think is as cool as my marking gauge. As a result, every time I see a dispute under § 287, I have a completely different mental image from what you’d expect. Like on this MSJ on damages on unmarked products. 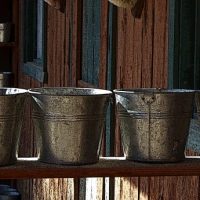 Defendants sought summary judgment on pre-suit damages, and got an analysis regarding “bucketing” and some comments on the advisability of changing quotes. 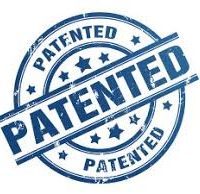 Defendants in patent cases sometimes allege that a plaintiff has failed to comply with the marking requirement of 35 U.S.C. § 287, and thus that pre-suit damages are limited.  As here, that motion often takes the form of a motion for partial summary judgment.  The Court’s order in this case provides a useful exposition on the applicable standards for patent marking, and applies those standards to the facts of this rather interesting case to determine whether the pleadings were sufficient for the plaintiff to seek presuit damages in the first place, and if so, whether the defendant met its burden to allege a limitation, and if so (also) whether the plaintiff had satisfied its burden of compliance.

Wait – I went into the ditch here.  On a motion for summary judgment, the final question is not whether the plaintiff had shown compliance, but actually just whether there is a factual dispute as to whether unmarked patented products were sold.  There, I feel better. 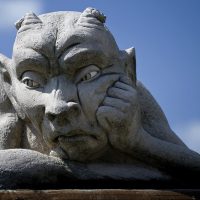 It’s one of those transition days at the office as my last two October trials either settled or were continued within 24 hours of each other yesterday after a whirlwind last couple of weeks full of activity getting both ready for their respective pretrial conferences.  You know the kind of day I’m talking about – closing files, stacking up the documents to be shredded, trying to clean up the mess my to do list has become, and having the usual existential debate – am I happy or sad that I’m not as busy as I was two days ago.Hmm. In terms of specifics, this morning it means I’m in the office early enough to tack on another post before the daily weblog email deadline of 8 am, and I thought this order seeking partial summary judgment on the issue of damages, which deals with marking issues. 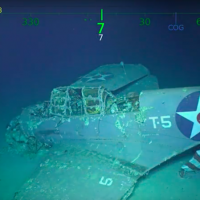 Reader: There is no way you can connect pictures of a sunken aircraft carrier’s planes to damages defenses in patent cases.

Me: Hold my beer.

The discovery of the wreck of the old Lexington (CV-2)

sunk at the Battle of the Coral Sea was almost an anticlimax after the wreck was found to have dozens of nearly perfectly preserved aircraft that had apparently floated off the carrier’s flight deck as it sank.  Most notable were several TBD Devastator torpedo bombers and F4F-3 Wildcat fighters 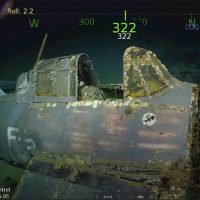 in part because even after 76 years at the bottom of the Pacific the aircraft still had nearly pristine … markings.

In patent cases, whether or not products were marked can have a major effect on the recoverable damages.  And in a way not really at all similar to the way that submersion for 76 years at the bottom of the Pacific didn’t erase the Felix the Cat insignia on the F4Fs, the facts of how products were marked can make damages recoverable, or at least shift the burden under Arctic Cat.

This recent decision provides another useful analysis of when the burden was successfully shifted, and when there is a triable issue as to whether Plaintiff provided actual notice under § 287 before the lawsuit. 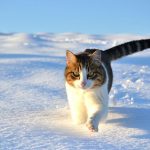 I had some people ask me last night at a Christmas party (because this is what we talk about at Christmas parties in Marshall) if Judge Payne’s opinion that I posted on yesterday assigning the burden with respect to marking issues analyzed the case under the Federal Circuit’s December 7 opinion in Arctic Cat v. Bombardier, No. 2017-1475.  The answer is yes, it did.