Yes, I’m in trial, but this is too big to pass up.

The attached order provides a table formalizing the court’s oral rulings made in the case.

Again, it’s agreed, but it’s a good model for an agreement to defer this issue. (And yes, the suspender clip on the Duluth Trading suspenders is patented).

Think we’re going to need that Halo for this one. 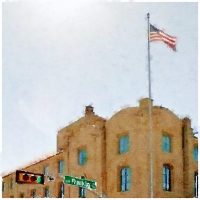 Well maybe not a bar per se, but they’re definitely having drinks together after this order from Judge Albright which also provides insight into his policies regarding discovery, Rule 11, motions for summary judgment, and blindness. 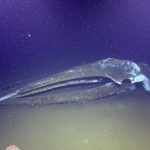 The issue on this motion was whether the plaintiff could go forward with claims of willful infringement. The holding granted the motion, but only on one side of the filing date. 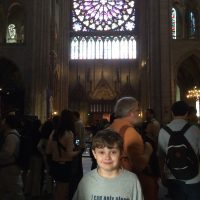 A somewhat common summary judgment motion late in patent cases is one that seeks summary judgment as to the plaintiff’s claims of willful infringement. This case provides a useful example of a ruling on such a motion which is, at least in part, aptly summarized by Collin’s shirt – “I Can Only Please One Person Each Day – Today’s Not Your Day (Tomorrow doesn’t look good either)”. Behind Collin is one of the Rose windows at Notre Dame de Paris, which we learned earlier today … are still standing. 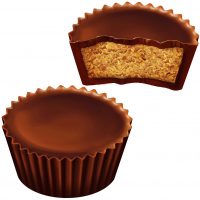 Two of patent litigants’ favorite topics come together in this afternoon’s essay by Judge Payne ruling on a defendant’s motion for partial summary judgment of willful infringement.  (Ever wonder why “infringement” has an “e” and “judgment” doesn’t?  I have, but just the once). So crack open a peanut butter cup, and let’s see what the Court had to say. 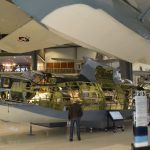 It’s often helpful to cut something open to see how it works.  During World War II, the Navy cut open a damaged PBY Catalina flying boat and mounted it on a wall in a training facility in Pensacola to help train sailors who would be crewing its sister craft.  The cutaway PBY was a local fixture from 1944 to 1997, and was eventually moved to the nearby National Museum of Naval Aviation to sit under a fully restored version, where my youngest son Parker (who’s a certified WW II plane nut) got to study it up close.  (That I have a PBY on my work bench at the moment had nothing to do with the trip.  Honest) 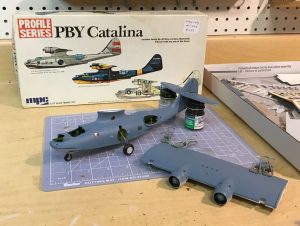 Readers will recall that I posted last month that a Marshall jury in Judge Roy Payne’s court returned a verdict last month in favor of Ericsson in a case brought against TCL Communications and set damages at $75 million.  Two of the numerous pretrial rulings in that case were on the defendant’s motions for summary judgment under Section 101, and on the plaintiff’s claims of willful infringement, both of which Judge Payne denied.

Since the 101 ruling runs against the recent trend of more than half of 101 rulings going the defendant’s way, it is worth a review.  But the one I really want to focus on is the willfulness ruling because, as the Court wrote, “it is helpful to explain the standard as it stands today [post-Halo]” which began a metaphorical popping off of the fuselage panels on the standard in order to spend several pages poking around on what the wilfulness standard requires, and what factors need to be considered when deciding whether to bifurcate a willfulness claim.  When you’re done reading it, you might find yourself with the same thought I had after studying the interior of a full-size PBY – I have really not understood how this thing fits together, and I have really screwed up ….