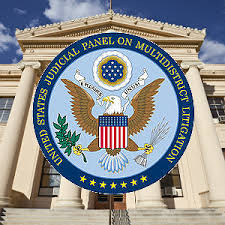 More data points on what will not result in MDL in a patent case last week, as the panel declined to consolidate a batch of actions pending in five districts either in EDTX or Colorado.

The order finding that centralization would not be advantageous noted the differences in claims asserted between the cases, as well as differences in the types of products accused.  The panel also noted that other procedures are available to make the litigation more efficient:

“Though we are denying centralization, we encourage the parties to cooperate on common matters where practicable. Counsel and the involved judges can coordinate to reduce duplicative discovery of common witnesses or, perhaps, sequence the interpretation of any common claim terms. Several other alternatives to formal centralization also are available to the parties, should the need arise. See, e.g., In re: Eli Lilly and Co. (Cephalexin Monohydrate) Pat. Litig., 446 F. Supp. 242, 244 (J.P.M.L. 1978); see also MANUAL FOR COMPLEX LITIGATION, FOURTH § 20.14 (2004).

Good to know.  Thanks for the tip.